The term ‘a range of healthful foods’ could be less misleading than ‘a varied diet,’ a new statement suggests.

Instead, the emphasis should be on “health[ful] eating patterns” with sufficient amounts of vegetables, fruits, whole grains, pulses, nuts, seeds, low-fat dairy foods, and vegetable oils, while limiting consumption of red meats, sugar-sweetened drinks, and sweets.

This is the main message of a new scientific statement from the American Heart Association, which they have now published in the journal Circulation.

The statement includes a review of studies that have investigated links between consuming a “wide range of foods” and obesity, eating, and diet quality.

Public health bodies in the United States and elsewhere have long advocated “dietary diversity” — or “eating a variety of foods” — as a way to ensure adequate nutrition and keep down the risk of “major chronic diseases.”

However, the authors note that there is “little consensus” on what is meant by dietary diversity, and also on whether it is a healthful goal and how it should be measured.

Also, studies that have followed people over time have recently published evidence to suggest that “greater dietary diversity” is tied to less-than-ideal patterns of eating that “may be associated with weight gain and obesity in adult populations.” 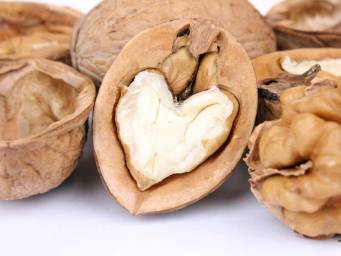 Large study reviews the cardiovascular benefits of walnuts
An analysis of 25 years of research concludes that walnut-enriched diets are good for the heart.
READ NOW

Such patterns feature, for example, higher consumption of refined grains, processed foods, and sugary drinks, while fruit, vegetables, fish, and other “minimally processed foods” tend to be consumed less.

To investigate this further, the authors reviewed and analyzed scientific papers on the subject that were published in 2000–2017.

This work revealed that there was insufficient information on which aspects of dietary diversity can help and hinder healthy weight.

They also found evidence that meals that contain a “wider variety of food options” could be less satiating. This promotes over-eating because people then eat more than they need to feel full.

There is some, but not a lot, of evidence to suggest that “greater dietary diversity” could also be tied to adults consuming more calories, putting on weight, and adopting “poor eating patterns.”

Therefore, the team concluded that instead of “eating a variety of foods,” the emphasis should be on: “adequate intake of plant foods, protein sources, low-fat dairy products, vegetable oils, and nuts and limits consumption of sweets, sugar-sweetened beverages, and red meats,” write the authors.

Choosing and sticking to “a range of health[ful] foods” that suits personal taste or budget may be a better way to keep to a healthy weight, says Dr. Marcia C. de Oliveira Otto, the lead author of the statement.

This would be more effective, she suggests, “than choosing a greater range of foods that may include less health[ful] items such as donuts, chips, fries, and cheeseburgers, even in moderation.”

Dr. Otto is assistant professor of epidemiology, human genetics, and environmental science at the University of Texas Health Science Center in Houston.

She and her colleagues give the Dietary Approaches to Stop Hypertension (DASH) diet as a good example of a healthful eating pattern.

The DASH diet is described as a “flexible eating plan” that advises “daily and weekly nutritional goals,” rather than eating special foods.

For example, for a 2,000-calorie per day eating plan, the DASH diet recommends:

“Eating a more diverse diet might be associated with eating a greater variety of both health[ful] and unhealth[ful] foods. Combined, such an eating pattern may lead to increased food consumption and obesity.”

The Secret Ingredient That Makes Pretty Much Everything More Delicious
No Comments
Three Tips to Enjoy What and How You Eat
No Comments
Spotlight on… caffeine
No Comments
Are egg whites healthier than egg yolks?
No Comments