There is often a keen sense of satisfaction when you can handpick freshly grown seasonal herbs to add flavour to a delicious meal. While they are tasty and nourishing in our food, herbs may also serve other health purposes.

Herbs stem from our past

Herbs have been used for thousands of years by our ancestors as both culinary flavourings and medicinal treatments. With many used in remedies that have been passed down through generations, herbs have also been considered beneficial for some additional reasons, including:

-Perfumes
-Disinfectants
-Protection against germs
-Currency, instead of money

Tips for growing your herb garden

-Choose where you would like to grow your herbs – in pots, a raised bed or in the ground.
-Many herbs we use today originated from the Mediterranean region so prefer a sunny position with well-drained soil.
-For a good foundation, it is best to have a biologically active soil or good quality compost. To gain the most benefit from any plant we need to establish the symbiotic relationship between plants and good microbiological organisms, such as bacteria and fungi. This ensures the plant gets a balance of minerals and nutrients, and so will you.
-Decide what herbs you would like to grow.

Parsley is native to the Mediterranean region of Southern Europe. While it has been cultivated for more than 2,000 years, parsley was used medicinally prior to being consumed as a food.

-Often used as a flavouring in cooking.
-Contains a lot of vitamin C, vitamin A, iron, iodine and magnesium.
-Good source of folic acid.
-May be helpful for rheumatoid arthritis and promoting heart health.

Native to India, Asia and Africa, the name “basil” is derived from the Greek word basileios (meaning royal, kingly) reflecting the ancient culture’s attitude towards a herb they considered both noble and sacred.

-Commonly used fresh, it is ideally added at the last moment to cooking so the basil does not lose its flavour.
-Contains vitamin C, vitamin A, beta-carotene, vitamin K, iron and magnesium.
-Antiviral, antimicrobial and antioxidant properties.

The Greeks and Romans were said to have highly prized the many healing properties of sage. The Romans treated it as sacred and created a special ceremony for gathering sage.

Coriander is also known as cilantro. Its use can be traced back to 5,000 BC making it one of the world’s oldest spices. Native to the Mediterranean and Middle Eastern regions, it has also been used in Asian countries for thousands of years.

Used since ancient times for its culinary, aromatic and medicinal properties. The ancient Egyptians used it as an embalming agent to preserve their deceased pharaohs. Ancient Greeks would burn it as incense in sacred temples.

Oregano is considered a great source of the powerful phenol component, thymol. Thymol is helpful for improving digestive function as well as destroying harmful microbes.

-Used for the flavour of its leaves which can often be more potent when dried than fresh.
-Rich in antioxidant phytochemical flavonoids and phenolic acids.
-Antiseptic properties.
-May be helpful for stomach and respiratory ailments.

-Rich in vitamin B complex groups such as folic acid.
-Contains good amounts of vitamin A and vitamin C.
-A rich source of minerals such as potassium, calcium, iron, manganese, copper and magnesium.
-May be helpful for improving memory. 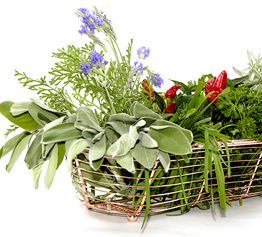 SOLVING THE SECRETS OF APPETITE
No Comments
How to Buy Cereals
No Comments
Astragalus Root: 10 Health, Immune System, & Anti-Aging Benefits
No Comments
28 Weight Loss Tips From Women Who Have Lost 100 Pounds
No Comments