Capsaicin is the reason that chili peppers are spicy.

The compound has pain-reducing properties and interacts with the peripheral part of our nervous system.

This led researchers to test it as a potential drug for conditions such as rheumatoid arthritis and various neuropathies.

Recently, innovative studies have suggested that the compound may have even more surprising benefits.

In fact, some revealed that this molecule can successfully stop breast cancer cells from multiplying.

Now, a new study adds another bullet point to the list of capsaicin’s healthy effects. The compound was used to develop a drug that successfully tackled obesity in mice.

A team of researchers led by Dr. Baskaran Thyagarajan, from the University of Wyoming School of Pharmacy in Laramie, designed metabocin, which is a drug that releases capsaicin slowly over the course of 24 hours.

Dr. Thyagarajan and colleagues tested the effect of metabocin in mice and presented their findings at the annual meeting of the Society for the Study of Ingestive Behavior, held in Bonita Springs, FL.

The study abstract was also published in the Biophysical Journal.

Why metabocin could reduce obesity

The researchers administered metabocin orally to wild-type mice that had been fed a high-fat diet. They also examined the rodents’ blood plasma levels for markers of metabolic health — such as liver and kidney function — and took the mice’s blood pressure.

Dr. Thyagarajan and team started with the hypothesis that metabocin should cause weight loss due the effect that capsaicin has on receptors called transient receptor potential vanilloid subfamily 1 (TRPV1). 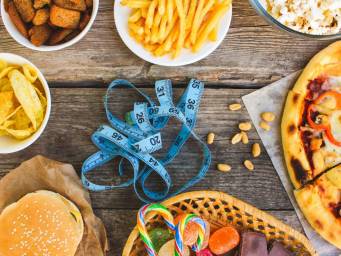 A high number of these receptors can be found in fat cells, so Dr. Thyagarajan and his colleagues hoped that activating TRPV1 receptors would cause white fat cells, or adipocytes, to burn caloriesinstead of storing them in excess.

Dr. Thyagarajan and colleagues also wanted to see if the drug would be effective in the long-term, and whether its prolonged use would cause any side effects.

In fact, the mice took the drug for 8 months, during which time the weight loss was maintained and no side effects were noted.

“It proved safe and was well tolerated by the mice […] Developing metabocin as a potent anti-obesity treatment shows promise as part of a robust strategy for helping people struggling with obesity.”

However, the researchers caution that the findings do not mean that dieters should start eating hot peppers to lose weight. In fact, they warn that capsaicin, as it is found in chili peppers and spicy foods, is not easily absorbed by the stomach, so it will not have the same effects as the drug.

Moreover, the National Institutes of Health (NIH) caution that “heavy ingestion of the compound has been associated with necrosis, ulceration, and even carcinogenesis.”

Nevertheless, a drug that uses capsaicin as its main active compound may help to stave off obesity.

“[O]ur study,” conclude the researchers, “provides compelling preclinical data that suggest that subchronic oral [metabocin] feeding is safe and does not cause any adverse effects in mice.”

“These data are valuable for advancing the clinical uses of [metabocin] to counter obesity in humans,” they write.

The Simplest Diet Cleanse Ever: The Basics
No Comments
Ideal Weight and BMI
No Comments
7 foods to help you stop snoring
No Comments
IS THIS WHERE YOUR RUNNING IS GOING WRONG?
No Comments