The study, which was presented at the European Society of Cardiology Congress 2017, looked at the relationship between salt intake and the risk of developing heart failure, in 4,630 randomly-selected men and women, aged 25-64.

Participants completed a questionnaire on health behaviours, and several measurements were taken at the study start, such as weight, height, blood pressure, blood samples, and a 24-hour collection of urine. The participants were divided into five groups, based on their estimated salt intake, calculated from the sodium levels in their urine samples:

Participants were followed up over a 12-year period to determine the incidence of heart failure.

Over the time, 121 participants developed heart failure. The results show that as salt consumption increased, so did the risk of heart failure. In comparison with the lowest consuming group, risk was increased by:

The news coverage is based on a conference abstract and press release. The results from the study haven’t been published in full in a peer reviewed journal yet. This means that full details on the methods are not available to provide a full picture of the study. The media coverage is premature, we cannot yet assess the reliability and generalisability of the findings to the wider population.

What we do know, is that the health questionnaire and measurements were only taken once at the beginning of the study. Urine samples from a single 24-hour period may not have been representative of the participants’ average daily salt intake. Moreover, people may have changed their lifestyle and dietary habits over time, they could have cut down or increase their salt intake over the 12-year follow up.

The data was adjusted for some variables, but other factors affecting the risk of heart failure, such as physical activity, lifestyle, socioeconomic status and other dietary factors may have had an influence on the results. From an observational study of this kind, it’s impossible to say that a higher salt intake was the cause of the increased risk of heart failure.

According to the World Health Organization (WHO) most people consume too much salt. It is necessary to change our Food Behavior. They recommend that adults consume a maximum of 5 g of salt per day if you would like to eat really Healthy Food!

The Scientific Advisory Committee on Nutrition (SACN) in the UK recommends:

The World Heart Federation highlights that a high consumption of salt can raise blood pressure, a risk factor for heart disease. It is estimated that if we all reduced our daily salt intake by about 3g, this would halve the number of people needing treatment for hypertension.

Limit addition of salt when cooking, and remember that many processed foods already have added salt. According to the WHO, up to 80% of salt in the diet comes from processed foods.
Eat plenty of fruit & vegetables. They are rich in potassium which contributes to reducing blood pressure, thus lowering the risk of heart disease and stroke.
Worried about food tasting flavourless without salt? Try using herbs and spices instead of salt to flavour food! Studies have shown that adding herbs and spices can reduce the need for salt in food and enhance the perception of saltiness. 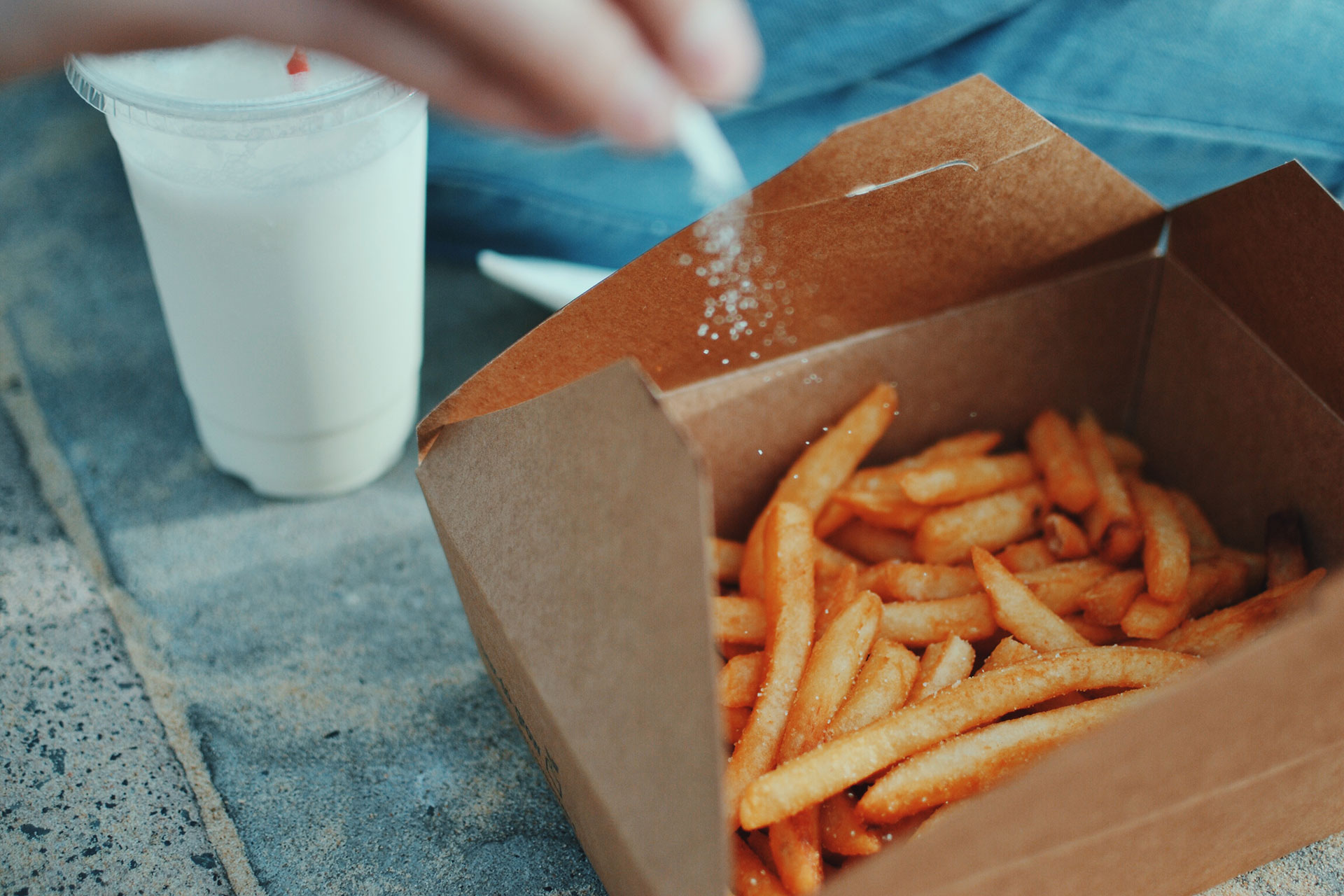